Creating a Movement in the Steel Industry

Back to all Work
Campaign

Creating a Movement in the Steel Industry

The American steel industry faces challenges that many industries are immune to. For years, steel imports have been dumped and sold at below-market rates, which has sent domestic steel prices into a downward spiral. Pressure on domestic production has resulted in significant job losses, plant closures and bankruptcies. This, in turn, has caused economic depression in communities that grew up around steel mills and has had a major impact on families that depend on jobs in the industry. 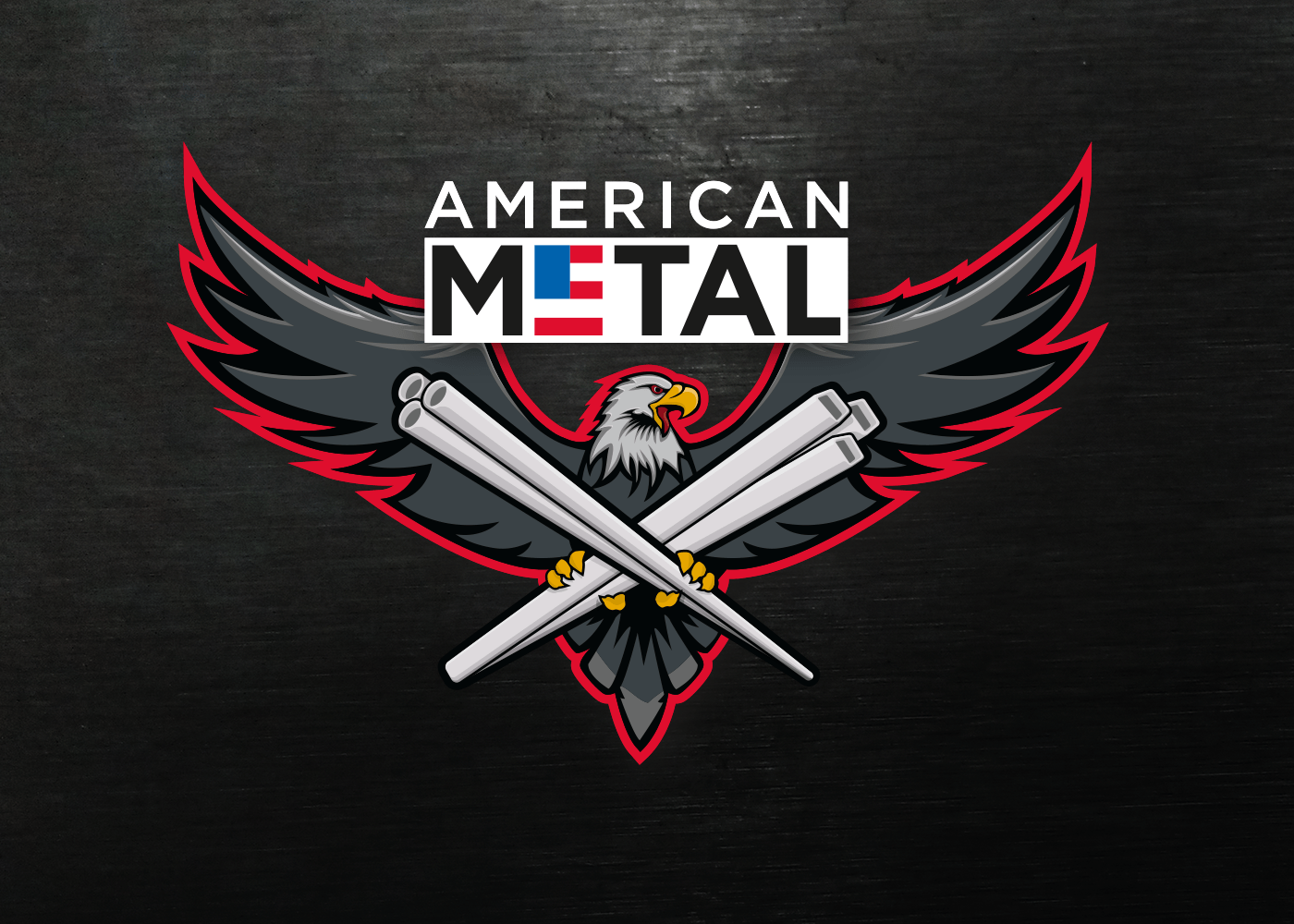 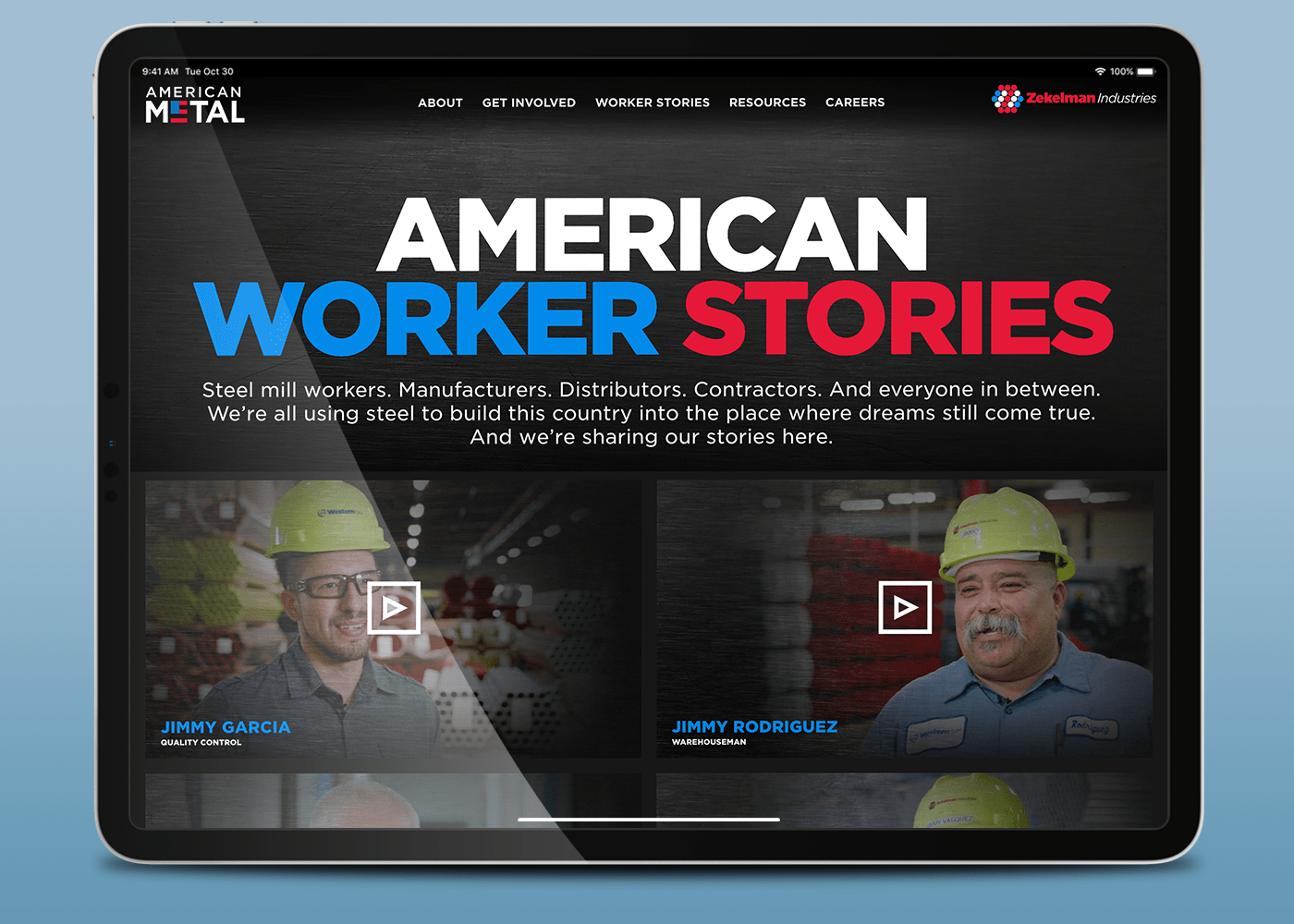 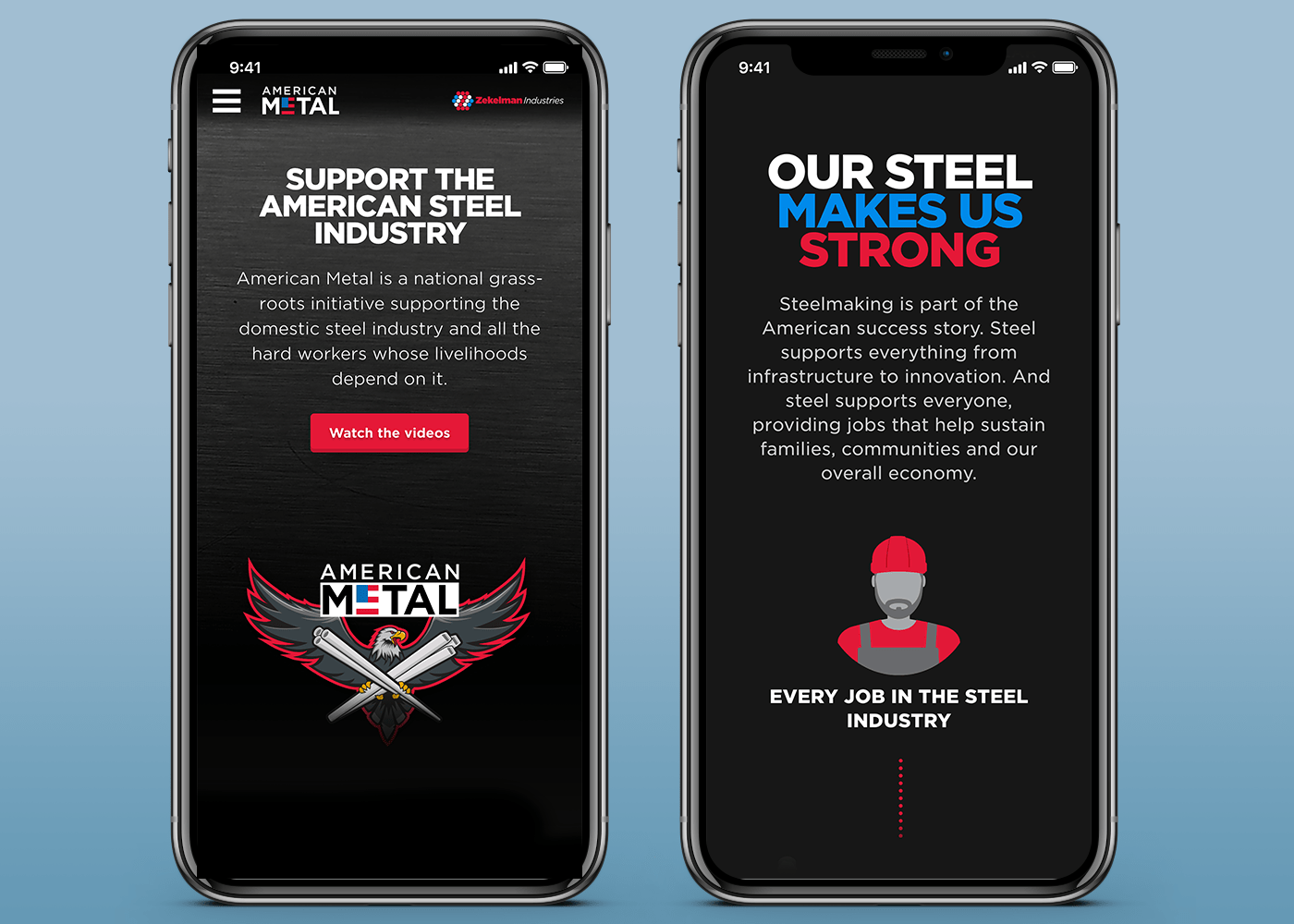 The site is fully optimized for mobile 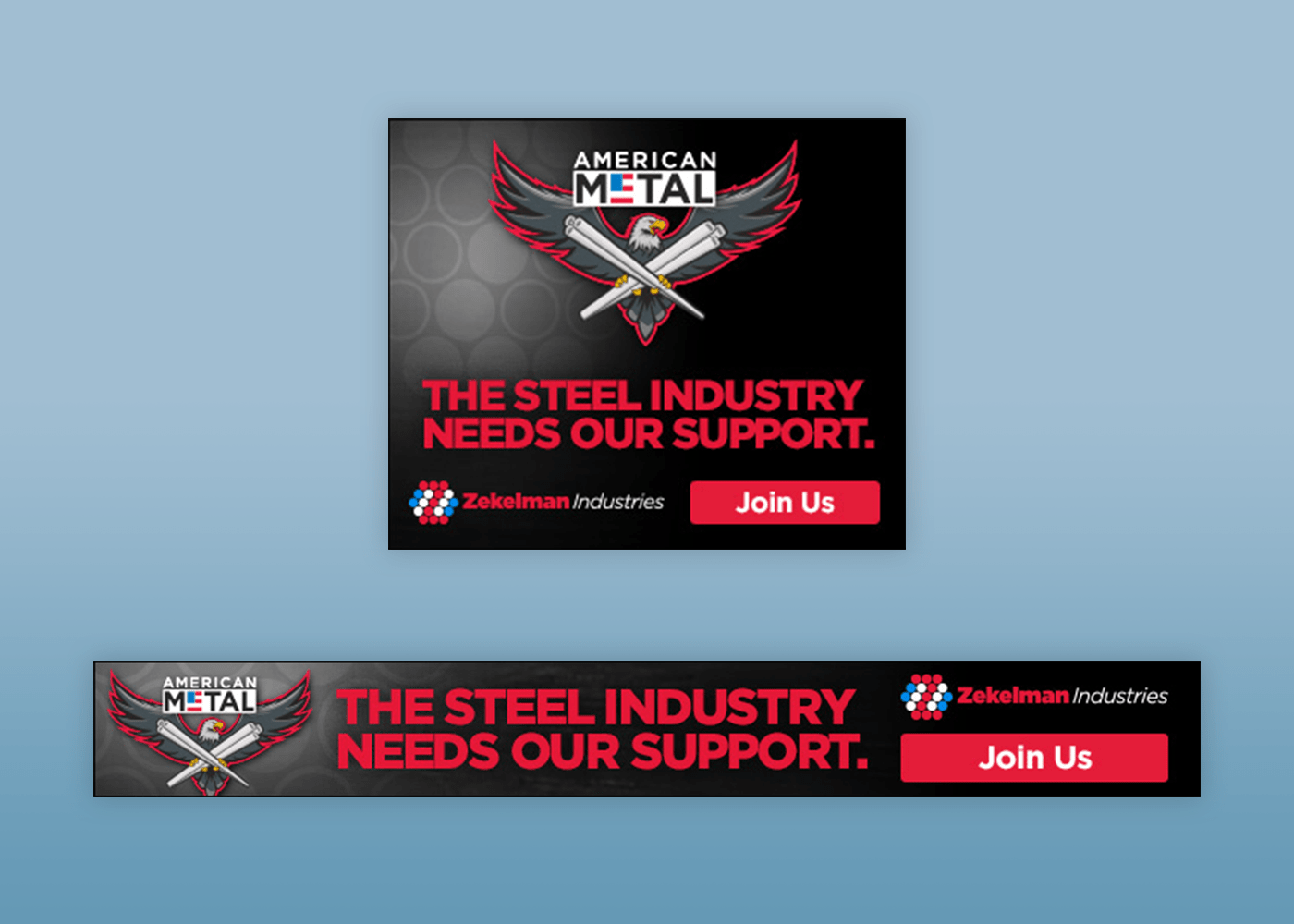 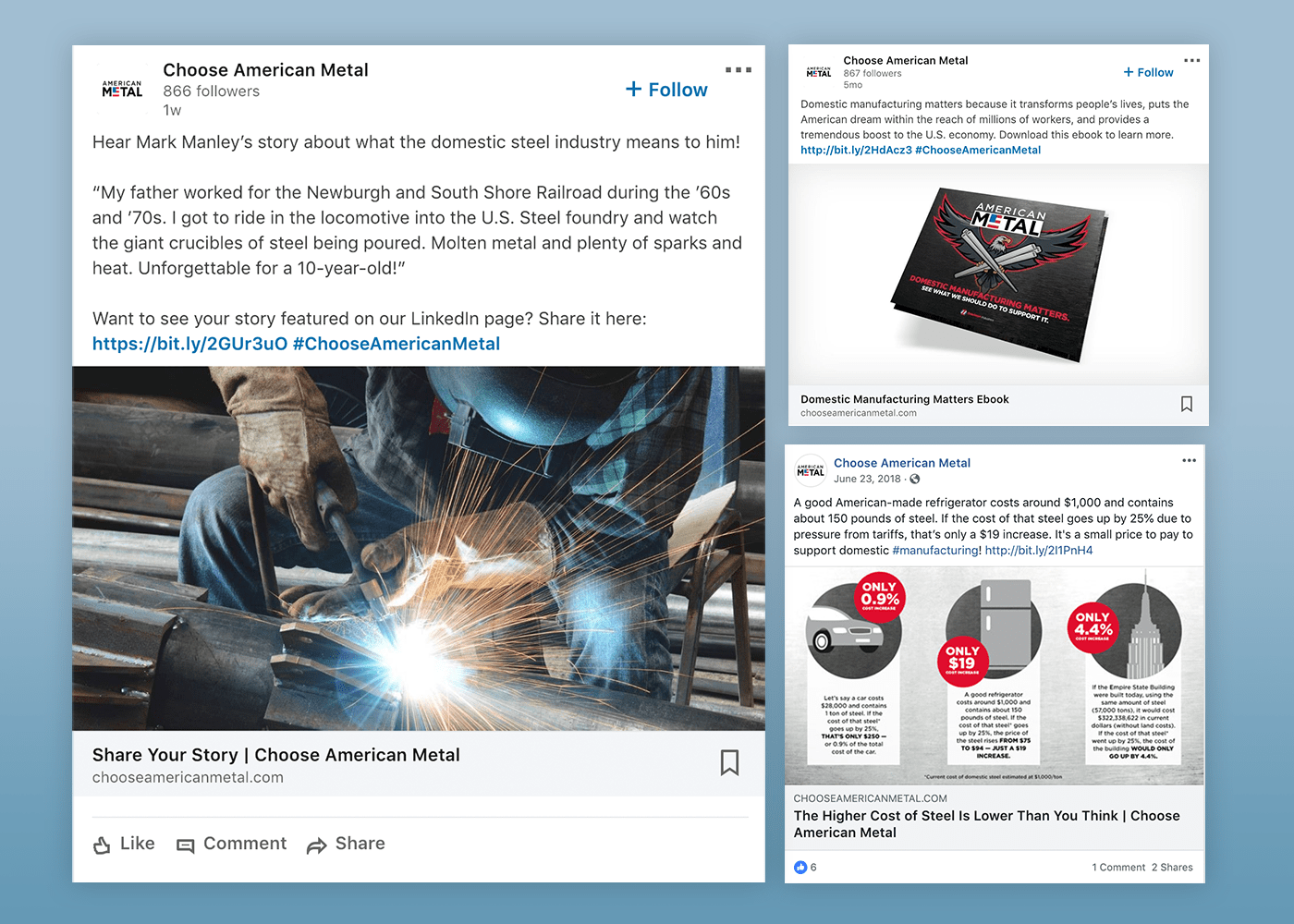 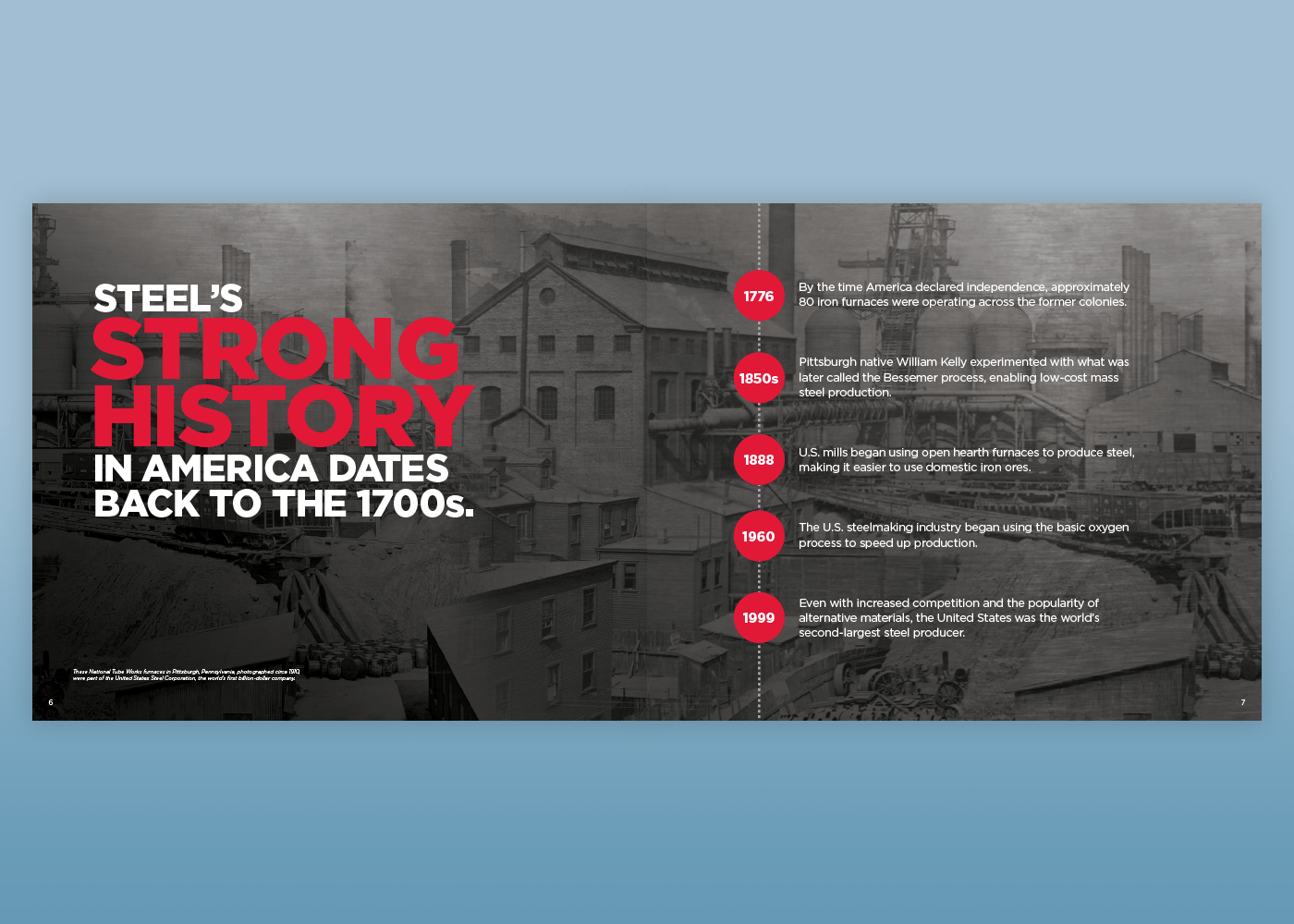 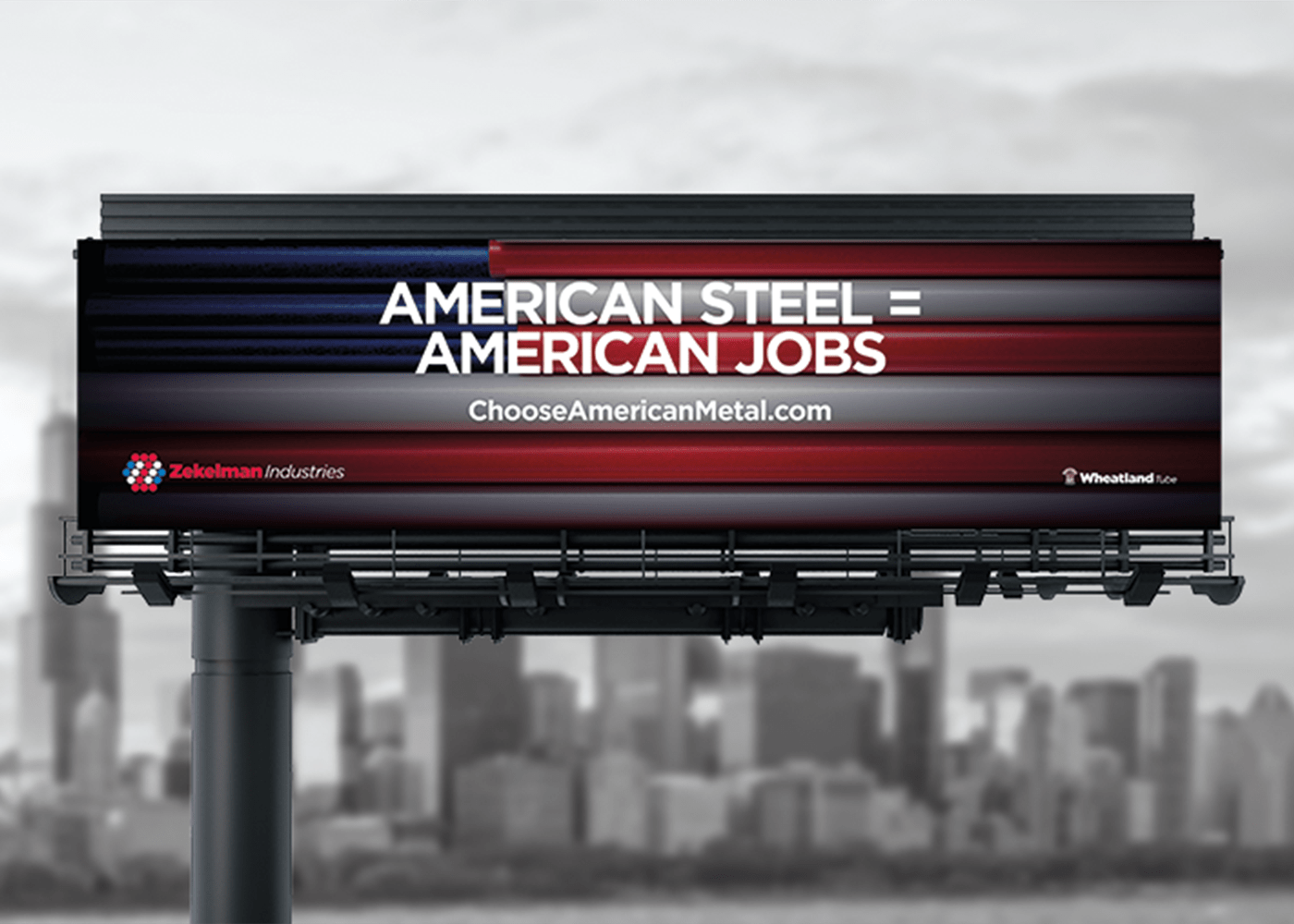 To inspire support for domestic manufacturing — particularly the steel industry — and the workers whose livelihoods depend on it, we helped Zekelman Industries (North America’s largest independent steel pipe and tube manufacturer) develop an integrated campaign entitled “American Metal.” The campaign demonstrated the omnipresence of steel in our lives while telling the individual stories of the people who work in the steel industry. The campaign featured a broad mix of content, including 45 documentary-style videos of individuals working in the industry, a campaign microsite, a blog, national TV media with 30- and 15-second commercials, sponsorship ads on SiriusXM radio, an email series, direct mail, a full social media program (including PPC, organic content, monitoring, etc.), infographics and a 32-page ebook.

The ebook was sent to distributors, contractors and politicians to inspire involvement in the initiative, either at a political level or within the social community. Physical copies were distributed to key customers.

In planning the American Metal initiative, we conducted extensive research on the state of the steel industry and related legislation, including the Section 232 investigation of the effect of steel and aluminum imports on U.S. security. This research helped inform our approach and clarify the initiative’s overall mission statement. We then developed infographics for use in the ebook, videos and other collateral that explained all the ways in which steel touches our lives. By illustrating the use of steel in the world around us and demonstrating how many jobs are tied, in part, to the steel industry, the integrated campaign helped Zekelman’s message reach a broader audience in a distinctly personal way.

The American Metal message for this integrated campaign was far-reaching. The campaign push started internally, with Zekelman providing shirts and swag for its 2,300 employees in 15 locations. The two TV commercials garnered 89,900,000 total impressions, and the SiriusXM radio commercial generated 104,800,000 impressions. The paid social program garnered 10,310,623 impressions, with 234,689 clicks and 1,436 conversions, from April through September 2018. Responses from customers, employees, lawmakers and industry professionals alike has been overwhelmingly positive.

The initiative is meant to be bigger than just the brand, though Zekelman benefits from the reflected glow of being the company that brought the issue to the fore. We positioned Zekelman as a thought leader in this regard, while keeping branding to a minimum to make the story more powerful. Distributors have said they appreciate knowing that Zekelman supports domestic workers like them, and that Zekelman is a go-to source for American-made products. American Metal positions the company’s efforts as examples of how other industry players can make a difference. It’s not marketing — it’s a movement.

This campaign earned a silver Horizon Interactive Award, along with its website. It also won a 2019 Killer Content Award, as did this interactive tool we created for a client to vastly increase lead flow.

Interested in getting a new project or campaign started? Get in touch with an Mx expert. If you want to stay up to date with industry insights, subscribe to our blog.

Looking for a partner?

Looking for a career?

We’re drawing more top talent to our team every day. Come be a part of the biggest thing happening in B2B. 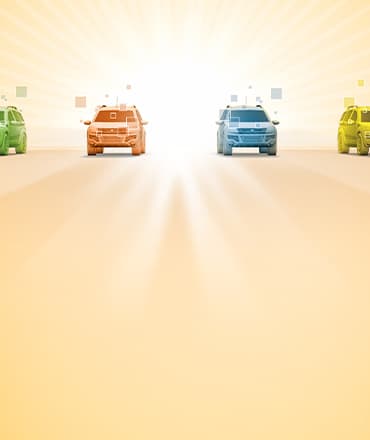 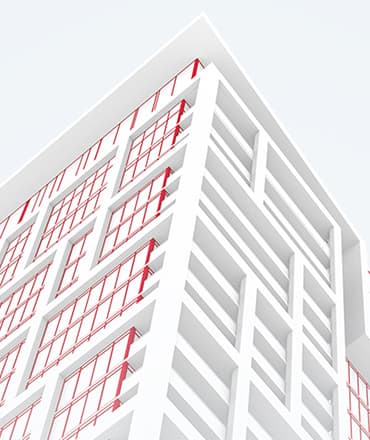